If you haven’t already made plans, you should join us in attending the yearly Newport Mansions Wine & Food Festival on September 19 through the 22. The event features world-class wines and award-winning chefs mingled with the extraordinary beauty of the Newport Mansions including The Breakers, Marble House, and Rosecliff. The festival is sponsored by Food & Wine magazine, and this year Monogram Appliances sponsors the culinary stage. On that stage, Food & Wine culinary director at large and amazing chef, writer and video star Justin Chapple will create some delicious dishes while dishing out some of his Mad Genius Tips to attendees. 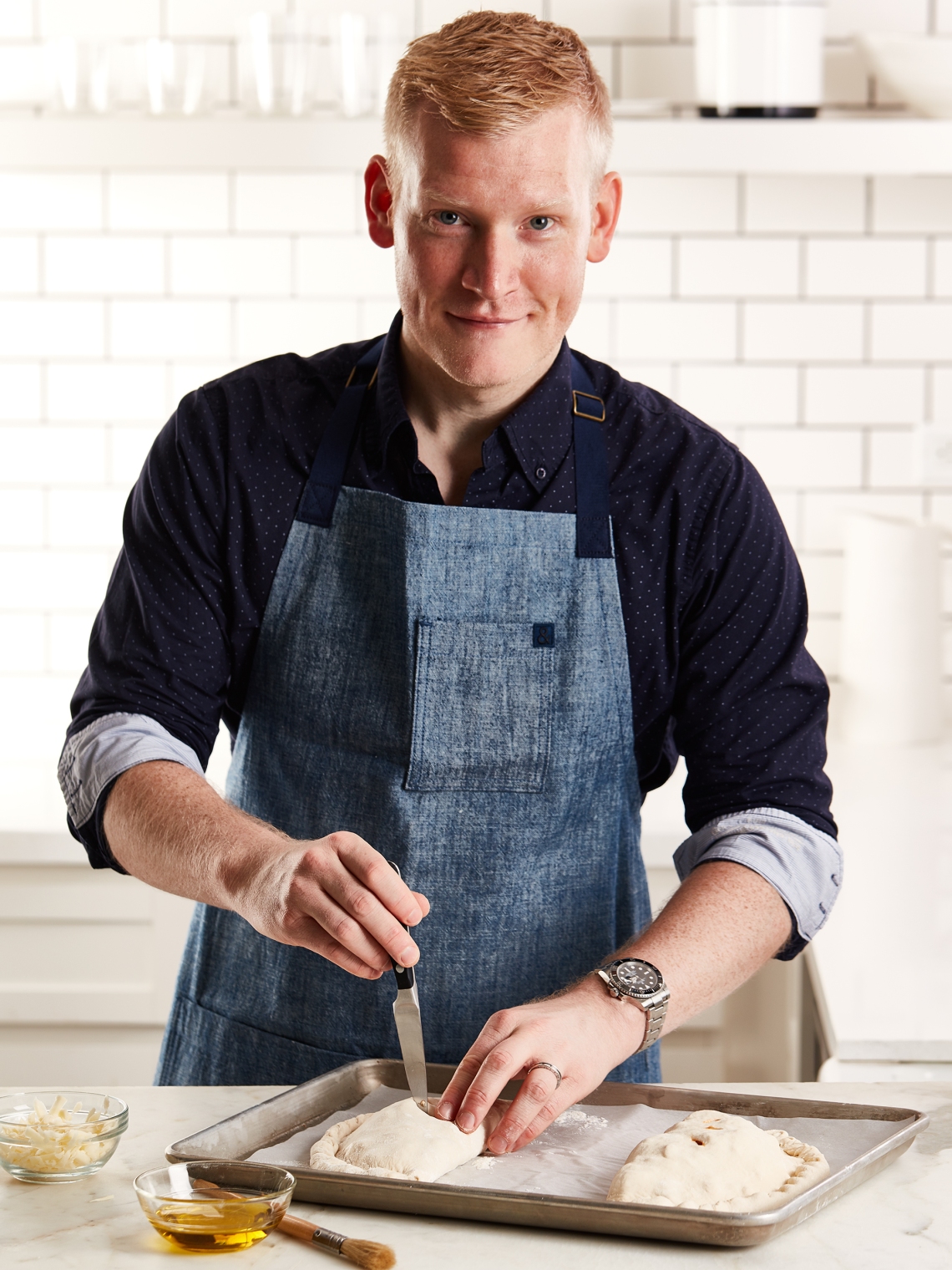 Chapple has been featured in People, The Oprah Magazine, and Real Simple, and has been twice nominated for the prestigious James Beard Award for his work as host of the popular video series Mad Genius Tips. Prior to joining Food & Wine, he was a cook at a fine French restaurant, Allegretti, which has since closed. When interviewed for Save Room for Design, Chapple admitted missing restaurant work in general, but loving that he has managed to make a fulfilling career in the food industry.

As a kid in the days before Food Network and Cooking channel, Chapple “loved watching Jacques Pépin, Martin Yan, and the Two Fat Ladies on TV.” These classic TV chefs inspired him to cook at home, but it was a certain family member who gave him the impetus to go into the field fulltime. “Really, my Grandma Barbara taught me to love food enough to make a career out of it. She was an outstanding cook and would create incredible meals practically out of thin air,” said Chapple.

That love of feeding family and friends is one of his favorite aspects of cooking. “Nothing gives me more satisfaction than knowing someone is enjoying one of my creations,” Chapple said.

When it comes to developing his own recipes, he’s often inspired by other restaurants. Though he loves eating at different places and trying new foods, he sometimes only needs to read about a dish for inspiration. “Believe it or not, I read menus even if I don’t get to a restaurant for a meal,” Chapple said.

Chapple is very excited to attend the Newport Food & Wine Festival—“I definitely can’t wait to see these mansions that everyone is telling me about,” he said. He is eager to make pizzas and more in the Monogram tasting tent, where he knows he’ll get to meet many people attending the events. “Hopefully, they won’t mind me taking lots of selfies,” he quipped.

Though he wouldn’t give us his secret recipes in advance, he did admit that he will be demonstrating some Mad Genius Tips during his cooking demonstrations. One in particular will be about how to poach eggs in advance, “yes, it’s actually possible!” Chapple said.

We will be attending the Newport Food & Wine Festival to enjoy the many delicious wines and foods as well as to take in the beauty of the mansion homes. But our favorite spot will definitely be in the tasting tent with Justin Chapple and we hope you will join us!