A “Pin-worthy” Production – from Storyboard to Social Media

I recently observed as GE Appliance’s user experience team attacked one of a food-lovers’ greatest challenges – creating food that looks as good as it tastes. Our “office” at the Monogram Experience Center in Louisville, KY, was taken over by a fascinating team that spent their workday preparing, arranging and shooting dishes for the GE Appliances website, Pinterest page and other social media outlets. The journey from inspiration board, to story board, to cutting board, was quite the production. 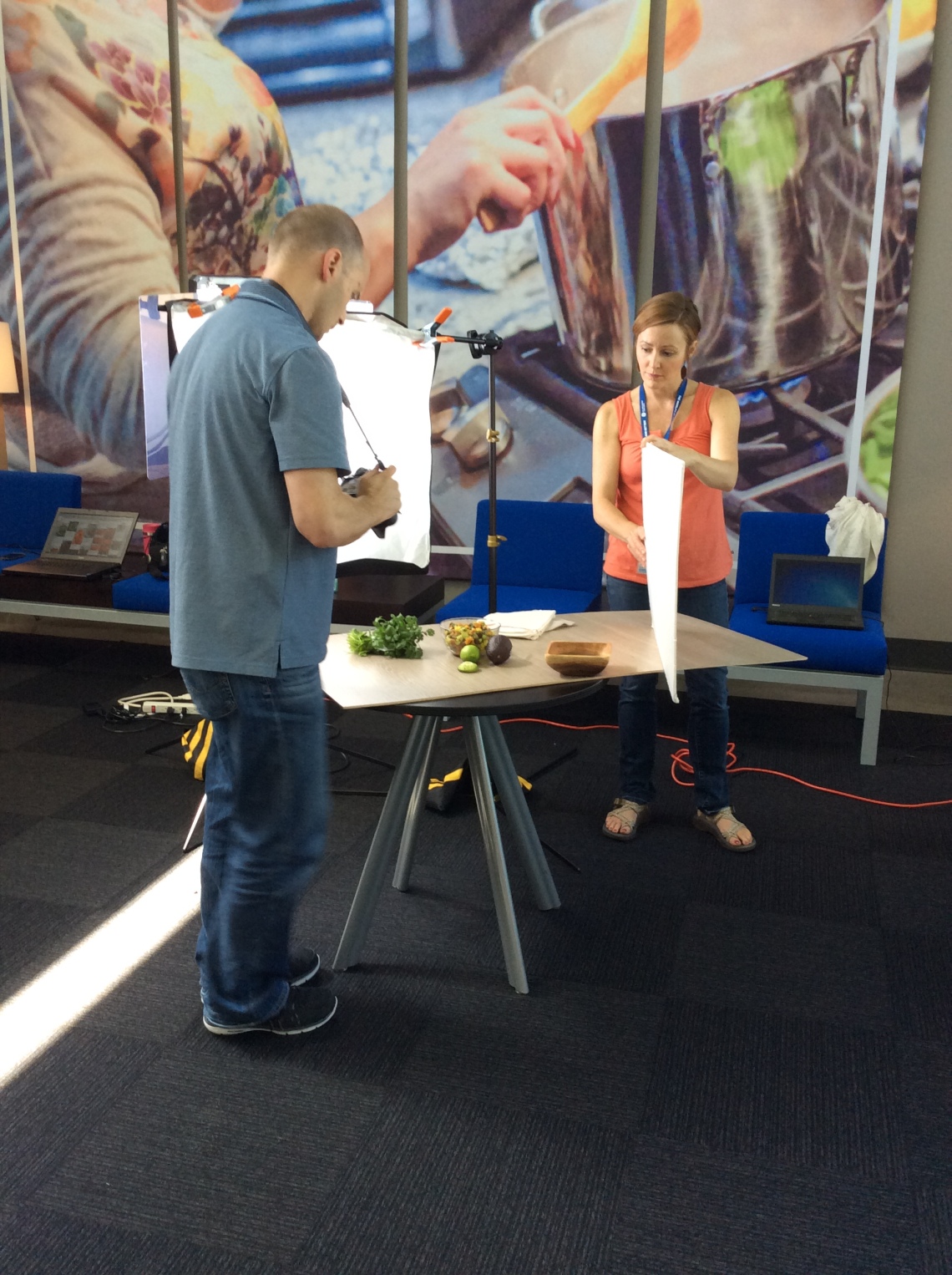 In the weeks prior to the shoot, photos of bright colors, contrasting textures, and refreshing ingredients filled the team’s summer recipe inspiration board. With the goal of creating photogenic foods, they decided on a menu featuring Blackberry-Raspberry Coconut Pops, Grilled Sweet Potato and Corn Salad, and Spicy Shrimp and Avocado Dip, among other light and savory recipes. Everyone knows that no food shoot is complete without the appeal of melted cheese, so accordingly, Fig & Prosciutto Pizza and Roasted Vegetable & Chicken Enchiladas served as the decided main course. 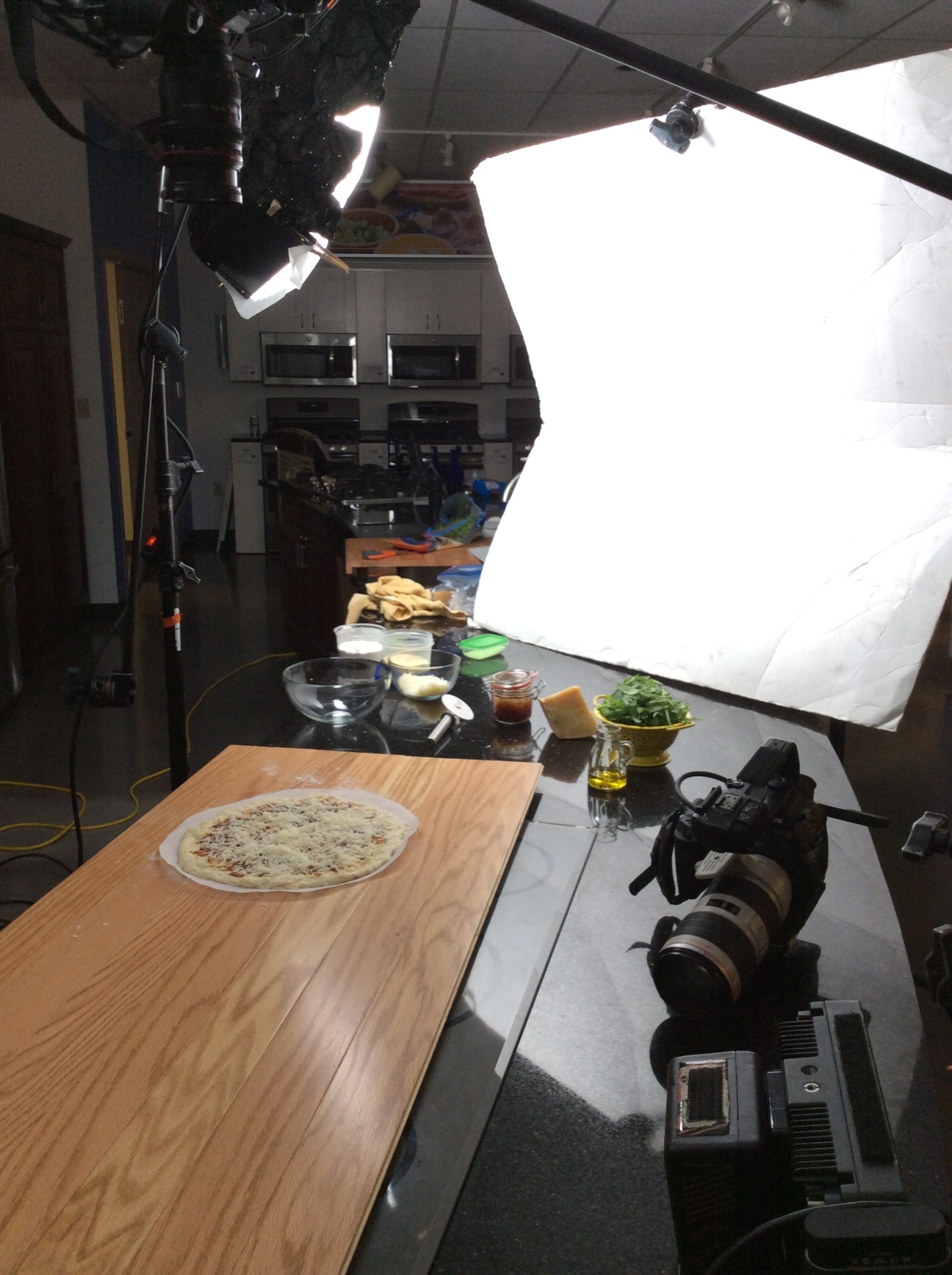 As in any efficient production, story boards were drawn to ensure that every step in the process was captured at the right moment, from the optimal angle. The menu collaborated with appliance features, to highlight how GE Appliances and Monogram not only produce amazing food, but also facilitate a love for the process of cooking. No logistical piece was overlooked – sliding racks, temperature settings and door features all played roles as the story boards followed the recipe’s progression. 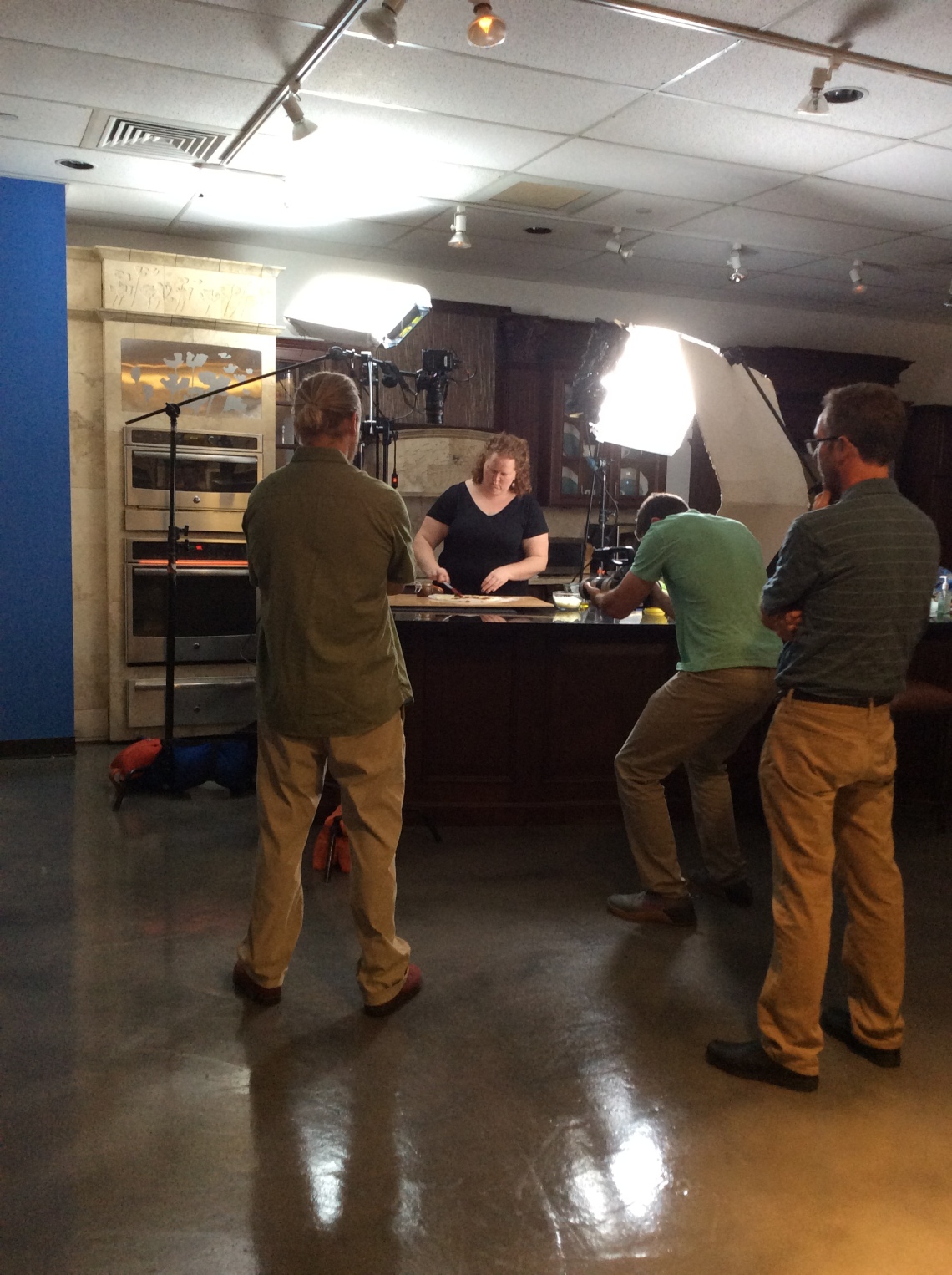 Once to the cutting board with the big picture in place and cameras shooting, the team focused on ensuring every detail was carried out perfectly. While the shoot was meticulously planned, down to the degree, the team came prepared to solve issues that arose during the shoot. Several members of the team worked simply as “runners,” to fetch another light board, a different colored bowl, or additional fresh herbs. The team’s biggest challenge, however, was holding off on digging in to their creations until every perfect arrangement and angle had been captured! 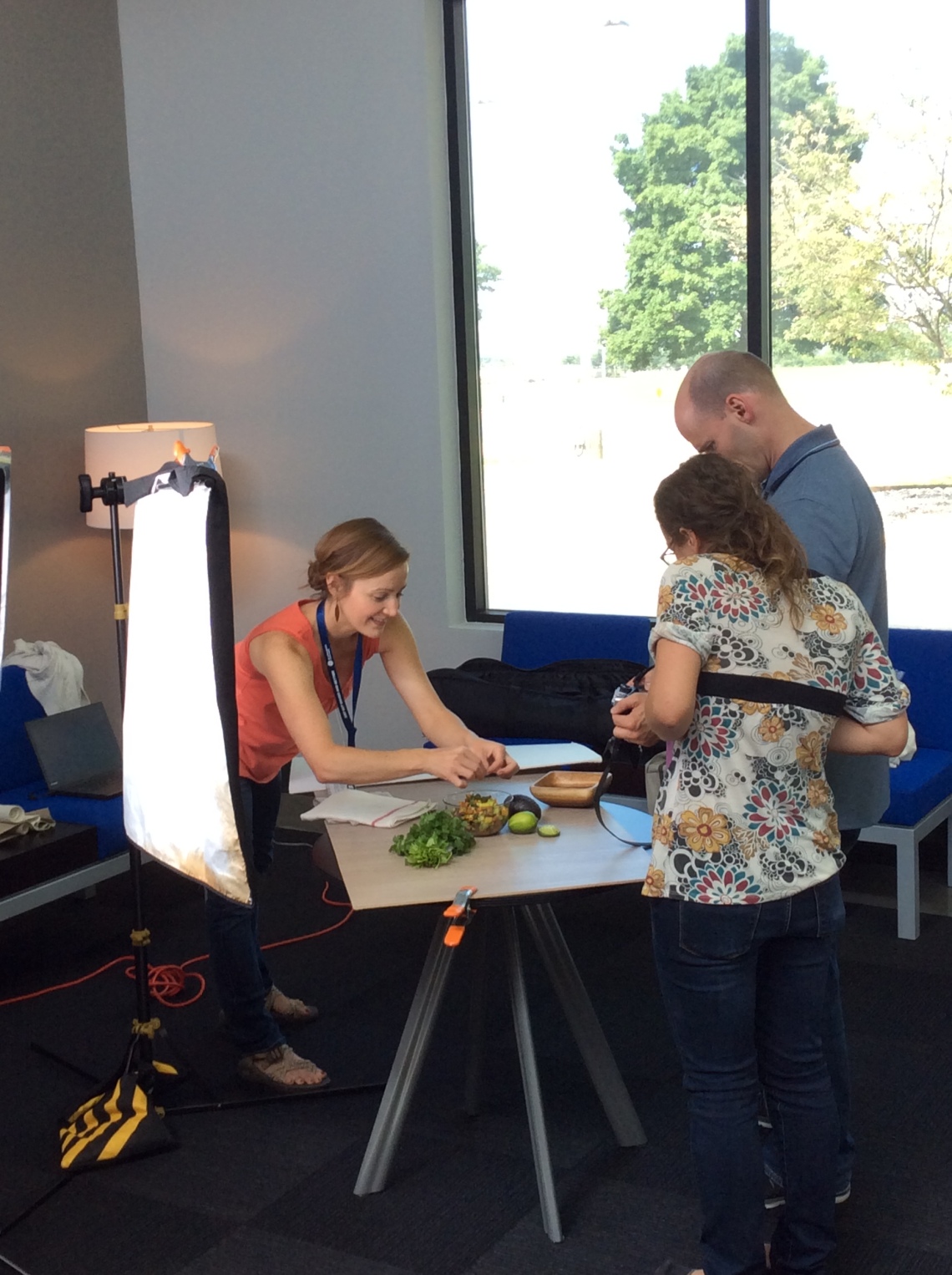 As I tasted the starring recipes at the end of the day, I deemed the photo shoot to be a success, but you will have to be the ultimate judges.  Head over to the GE Appliances website, Facebook, Instagram and Pinterest sites to get inspired and test out these summer recipes!

← Designer profile: Eddie Lee
Your New Home Came with an Advantium Speedcook Oven in the Kitchen. Now What? →