Back Home Again – Observations from the Salone del Mobile

Launched in 1961, the Salone del Mobile was originally a Made-in-Italy focused home furnishings show. Today the Milan Furniture Fair and Design Week has become the venue to understand and assess broader European-led design trends as they apply to home and office furniture, lighting, and accessories.

This is also a show that is becoming increasingly more relevant for U.S.-based designers as the American market continues its steady march towards a cleaner and less decorative – still referred by some as “European” – design aesthetic. And that’s why I attended the Fair last week.

We must be related somehow.

I came away with a few themes that I see influencing kitchen and appliance design going forward:

Designing with light. We’re beginning to see the almost unlimited possibilities LED based lighting technology will bring to the kitchen environment – in both functional and ambient illumination.

LG Chem’s OLED based lighting is dramatic and functional

Wood is still good. Even with the advancements in high-tech materials technology and new manufacturing techniques, wood still serves to humanize the built environment. It’s the one material I continually saw people walk up to and touch almost instinctively.

A touch of wood creates warmth. 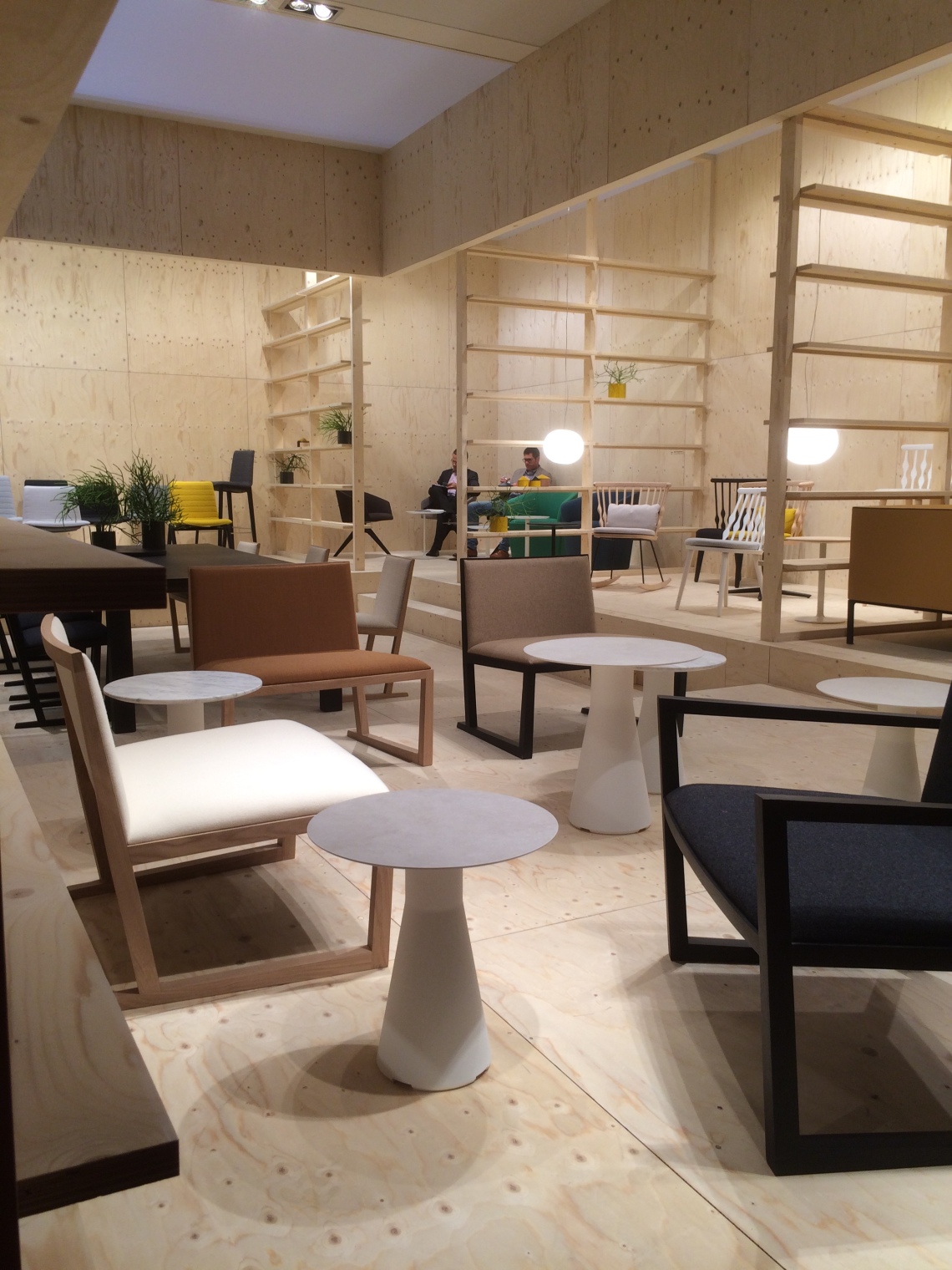 Entire exhibits were rendered in wood.

Limited space, not creativity. The European market has always been noted for the attention it places on space efficiency. It’s headed this way, and we’ll benefit from their thinking.

Kitchen in a box.

If you’re afforded the opportunity to be in northern Italy next April, try to attend the Fair. While it’s a trade focused show, it’s open to the public during the final two days of the show. Next year’s show will also include Eurocucina, the European Kitchen and Bath Show. Ciao!

What started in New York is now open in Chicago’s historic Merchandise Mart — the world’s leading resource for design professionals.