A fabulous weekend at Chicago Gourmet

As a prelude to Chicago Gourmet, the annual famed foodie event sponsored by Bon Appetit, we hosted a VIP kick-off party at the Monogram Design Center in the LuxeHome Merchandise Mart on Thursday, September 25. With an audience of 100+ in attendance, Jimmy Bannos Jr., owner and executive chef of the Purple Pig Restaurant, wowed the crowd with a cooking demonstration of his pork neck bone gravy. This delicious sauce is his grandmother’s secret family recipe – never before featured in a public demonstration! He ladled the gravy over meatballs and pasta from his own recipe. We were also fortunate to have our own executive chef Jon Liddell there to create fabulous appetizers for everyone to enjoy. Chef Jon has his own Chicago following at the Monogram Design Center! 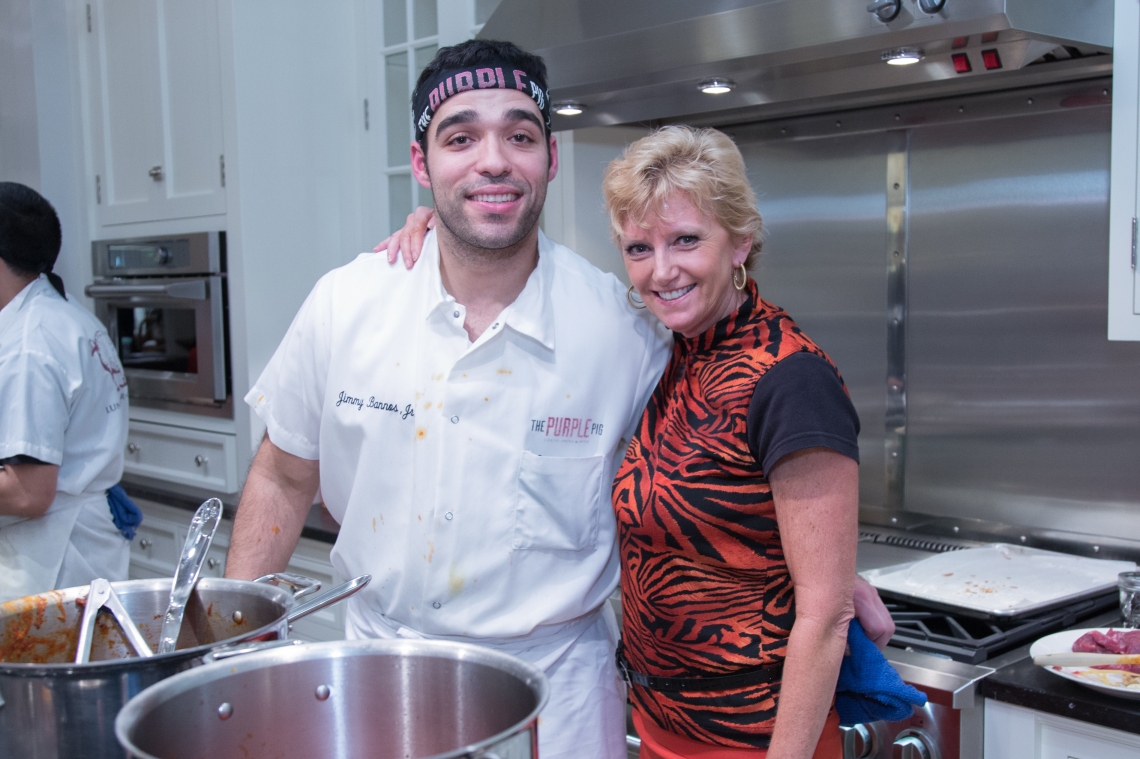 On Friday evening, September 26, the Hamburger Hop took place at Millennium Park with 15 local well-known restaurants and chefs competing for the People’s Choice Award and the Judges Award. I personally tasted every single burger, and agreed that the burger created by Rib Roast Restaurant in downtown Chicago deserved to win the People’s Choice award. Hamburger Hop was a sold out event with over 600 people in attendance.

The main event, Chicago Gourmet, took place at Millennium Park on Saturday and Sunday, September 26 and 27, with more than 150 restaurants and chefs, as well as hundreds of renowned vintners, and premium breweries from around the world. Over 30,000 attendees enjoyed cooking demonstrations held at three different stages, seminars, tastings and book signings by experts in these fields. One of the most unique seminars titled, “How to create your own cocktail party,” gave attendees the opportunity to create their own unique drinks with tips on scaling for larger events. Several of the well-known Iron Chefs, as well as many of the popular cooking show chefs, were on stage leading cooking demonstrations for standing room only audiences throughout the two days.

You should make a point of attending Chicago Gourmet next year – the food, drinks, education and fun are well worth making this experience a top destination.

What started in New York is now open in Chicago’s historic Merchandise Mart — the world’s leading resource for design professionals.